This work exists as a response to my opposition to the death penalty. I do not recognize the right of the state to sanction any form of execution as punishment and have fought against this for much of my adult life. The crucifix, now recognized as the major symbol representing Christion belief, was originally a barbaric form of repression and punishment used by powers that be to eliminate anyone who threatened their power. I utilized this form because of the immediate recognition it elicits and the reality that many have forgotten what its original purpose was, to slowly and painfully take a life.  I am subverting its function by producing a machine whose intended purpose is to provide a means for self-martyrdom, an act that is solely based on the ability of the individual to control the act, robbing the state of its role as executioner. While this may not be immediately obvious to the viewer, I ask that these ideas be considered when thinking about this work. I define this as a political work, and while this might not seem apparent at first, it is embedded deeply in the thinking and the making of Spectacle: The Modern Method. 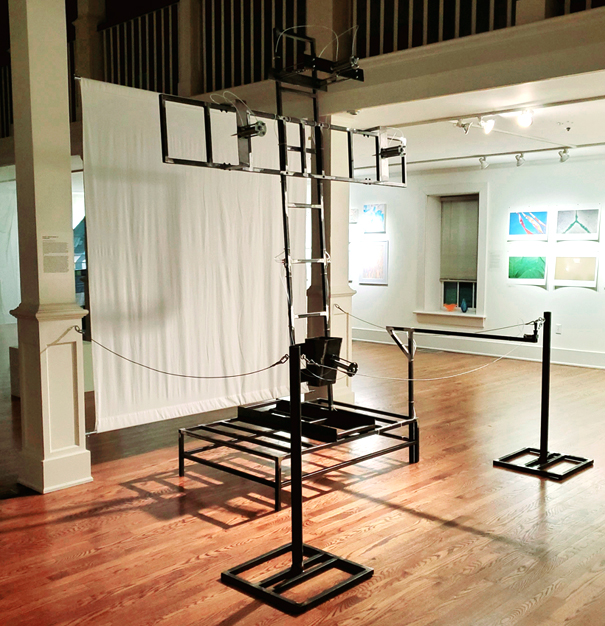 from the collection of…